The Saluki in history

The Arabian Desert produced 2 famous breeds of animals: the Arabian horse and the Saluki

The Arabian Desert with centuries of tradition and heritage of glorious past, surrounded by the turquoise waters of the Arabian Gulf, is the historical source of two famous breeds of animals: the Arabian horse and the Saluki.

It is also called „Son of the Desert“, „Wind Drinker“, „Royal Dog of Egypt“, „Desert Eye“, „Arabian Hound“, „Daughter of the Tent“ and „Gazelle Hound“.

Petroglyphs and art rocks in central Iran are showing falcons and Saluki-like hounds accompanying hunters chasing pray (ca. 8000-1,000 BCE) and were found on Egyption tombs of ca. 4200 BCE and have often been found mummified alongside Pharaohs in the Pyramids.

The Saluki historically travelled with normadic tribes and caravans throughout the Middle East and Silk road from the Sahara to the Caspian Sea and China. They have been used to hunt gazelles and hares and were appreciated for their function as hunter and their beauty as a companion.

Salukis have been mentioned in the Bible and Koran.

They are considered to be clean by the Bedouins and they were allowed to live in the woman’s tents whilst other dogs are „unclean“ and not allowed in any accommodation.

Today, the Saluki is still held in high regard throughout the Middle East, and has been hunting for nobles and rulers around the region. 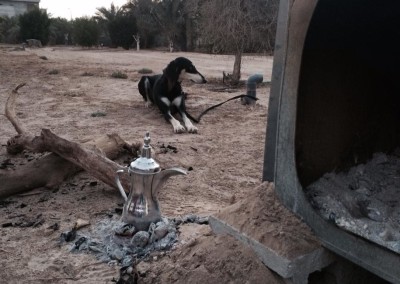 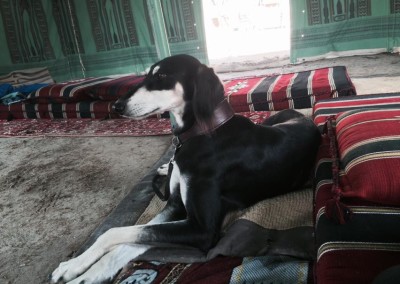 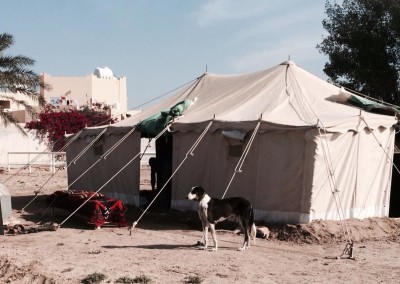 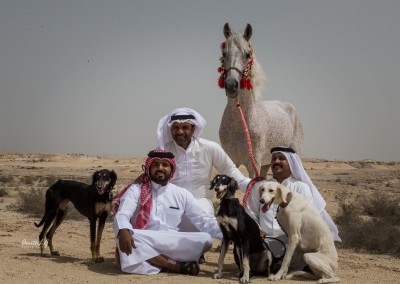 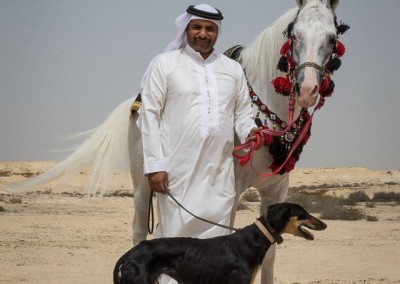