In the past and today

TO A MILLION PALM TREES

OF THE FOOTPRINT ARAB GENERATION

H.H. Sheikh Hamad bin Isa Al Khalifa (ruler of Bahrain 1869 – 1942) was known for a pack of Salukis that accompanied him on hunting trips around the Middle East.

After his death, the pure-bred lines of the Royal Kennel were also saved by Sheikha Dana Al Khalifa who registered the pure – bred Salukis since 1974 with the first FCI Kennel Club in the Arab world, the Kennel Club of Bahrain.

Keeping the lines pure does not mean to breed only Salukis from Bahrain. Since centuries, Salukis have been exchanged within the Middle East. They have been given as gifts to noble families and rulers.

The Salukis in Bahrain today are Middle Eastern Salukis that have not been mixed with other breeds. They are influenced by other pure Saluki bloodlines from Middle East and even from Europe (after they have proved their hunting skills) to prevent some lines to become too inbreed.

Other sighthounds or sighthound crosses have been imported for racing purposes but at the same time, the pure Arabian Saluki lines have been kept pure. 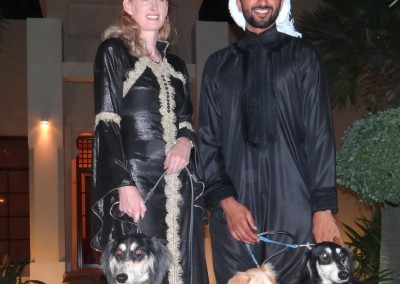 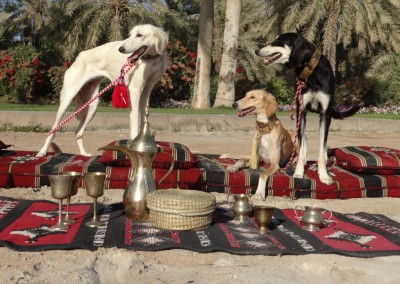 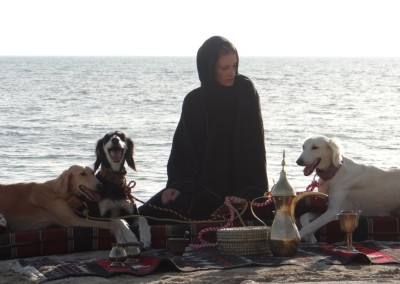